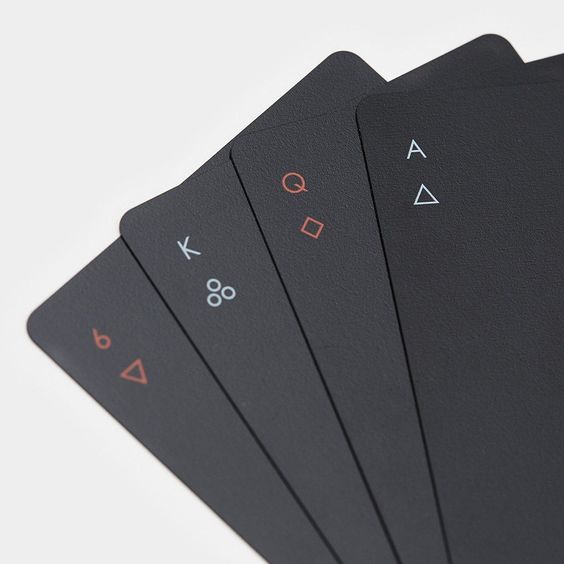 Those were slow days. I had been depressed in that period I was at the monastery for my studies. I could not focus on my readings or meditations. The lectures and discussions bore me out of my mind. The physical activities, like yoga or hiking in the mountains didn’t appeal to me either. To those who asked me about my listless gaze, I said I was no longer delusional about humankind. I claimed that the clouds of vanity, envy, greed, lies and fear had kept the world always under their shadows. Until I found the Old Man, as we affectionately called the oldest monk of the Order, comfortably seated in an armchair on the veranda of the monastery, entertained with a book. I offered to go to the mess hall to fetch him a cup of coffee, which he accepted with a beautiful smile. When I placed the cup on the side table next to him, the monk invited me to sit in the other armchair. Without his asking, as soon as I sat, I started to vent an avalanche of regrets about the uselessness of life. I told him I saw no reason to live and that, perhaps, those who were constantly looking for pleasure were right. The Old Man shrugged and said: “It depends on your understanding of what pleasure is.”

He closed the book and continued: “One must establish a sense for the journey. Otherwise, no scenario will bring wonder to your eyes. You will find beauty in nothing or no one. Accordingly, you will have nothing of good to offer, because of the void in yourself. Then, it will all seem boring, sad, abandoned, including you. There should always be flowers and fruits to share in our sacred basket, the heart.”

I replied with the ancient justification that I knew many people who, despite having stolen or accepted kick-backs, enjoyed the best of life, whereas others, who led their lives in accordance with proclaimed moral values, underwent tremendous hardships. I told him I was convinced life was not fair, because not always those who do good are rewarded with the sweetness of existence. I said this was an indisputable fact. The way the Old Man looked at me I will never forget; it was a mix sympathy and kindness. Next, he recited a small excerpt of the Sermon on the Mount that, for centuries has been mistakenly interpreted by those who do not see the large picture, and stick to the shallow, literal interpretation of the letters: “‘If your right eye causes you to stumble, gouge it out and throw it away.’”. Scared, I questioned the absurdity of the suggestion of self-mutilation. The monk laughed heartily, shook his head as if saying ‘you got things wrong’ and was patient to explain: “One must teach the eyes how to see, so that we do not miss what is essential in life, the precious face of all things always in the depth of being, away from the appearances of existence. The choice between glitter or light defines the pleasure, the sense and dimension of life.”

I asked him to go further in his explanation. The Old Man was didactic: “On the surface, there is pure glitter for the self’s short-sighted eyes, which cannot see beyond the primary, immediate sensations; the glitter is the shadow’s favorite costume. On the other hand, deep down, is the enchantment of existence for those who seek light through a refined gaze of the soul when it encounters itself, with noble feelings and ideas, in discovering valuable virtues, because only then can they warmly embrace life. Deciding how our eyes will look at the world defines the world that we want to see, the course that we will follow and the flavor of experiences each one wants and will have for themselves.” He made a brief pause and added: “All the rest is consequence. Disappointment or enchantment for life? It all depends on the eyes of each one.”

“In general, all people, whether they are consciously aware of it or not, search for the five stages of self’s plenitude: happiness, peace, freedom, love and dignity. Where to find them defines the course of the trip through the road of darkness or the path of light. Those who commit crimes, steal or swindle deep down believe that the fruits of such actions will provide them with a better life. This is a mistake, albeit an honest one, because the effects are always related to the causes. Relentlessly. Even though, many a time, they live in mansions or sail in luxurious yachts, they will end up assailed by the storms caused by the shadows, such as anger, depression, fear, lack of honest love, among other silent darknesses of existence. Others who still favor glitter, but perhaps not to such a gloomy stage of darkness, believe plenitude lies in victory over other people, in flaunting luxury, in empty fame and easy applause. Their choices favor what the eyes can see on the surface, in the appearance, far from the honey of essence, abandoned in the core of being. They are delusional by searching for what they will find only within themselves. The most powerful shadow, above all the others, is ignorance.”

“When we don’t know who we are, we wander around, lost, and give up all our power and magic.”

I interrupted him to ask if he was referring to tricks. I added that since I was a young boy, I loved tricks. The Old Man explained that this was not exactly what he meant, but he would use it as a metaphor to underscore the differences: “We cannot mistake trickery with magic. Trickery is glitter, illusion and shadows. Magic is light, transformation and evolution. One of the shadows’ finest tricks is illusion through appearances. As any good illusionist, the secret of their success is deceiving the eyes of the audience. Often, distraction is the tool used to divert the gaze of the audience from what really matters. It is when the switch that leads us to be deceived takes place. The difference is that when we go to a show, we know the rules beforehand, and are aware that tricks and deceit are to be expected. In life, until we realize we are much more than mere viewers, that we are, in fact, leading characters on the stage of existence, we will be entertained by the tricks, without fully enjoying plenitude, which is hidden within the infinite process of inner transformations that are gradually revealed.”

“There has never been a more sophisticated magician than the shadows, to the point that many even deny their existence. For these people, any top hat is a hiding place of rabbits. The ignorance of the audience about the tricks has sustained the success of magicians over time. Vanity, pride, blame, escape from reality, disbelief, discouragement are some of the tools of the trade. Fear is the illusion with which the shadows, playing the role of a skilled illusionist, engage the audience so that they, without realizing it, come to believe that valuable plenitude can and should be traded for a passing wish that has emerged from the handling of the deck with the many cards of selfishness.”

“In the show of shadows, money is no longer a precious tool that serves to change reality on the physical plane to become the representation of victory; professional success is stepping on others, rather than self enhancement and outdoing. Love is exhausted in the belief of one’s control and domination over others, for having others obligated to you. Freedom is mistaken with the facility of visiting different countries during vacation; dignity is lost in gaps of the discourse and fades out due to lack of exercise. Many are deluded that peace is achieved with actions by public order agents, and happiness awaits in bustling parties, without realizing that bustle not always ensures happiness.”

“Elegance is not translated in fancy clothes, circumspection is not a sign of dignity; wandering around does not mean freedom. Wealth is quite different from prosperity. Love is not a trade or a prison; peace is an inner achievement. Happiness may be endless, and not just drops of dew in the night of existence.”

We spent some time without saying a word. I broke the silence to ask him if he thought the world was a good place to live. The Old Man said composedly: “We live in perfect synch with our level of awareness and loving capacity. The world is according to one’s preferences for their personal life. Each one is stuck with the consequences of their own choices. An anticipated show of illusionism and glitter or daily ceremony of transformation and light? Trickery or magic are defined by the ability of the eyes to see. When all seems gray, chaotic, empty, this may seem a good time to “take the eyes out” and have a new gaze. Good eyes excite, enchant the heart, and allow an enhanced view of life. Depending on the eyes, an existential storm will cause destruction and sadness. Then, there is yearning for another trick of illusion. However, the destruction of self and of the reality around you can be taken as a not-to-be-missed opportunity of deep, infinite transformation through an endless ritual to find light beyond the glitter of fireworks provided by the illusionist of shadows.”

He looked me in the eyes and added: “Only then can we have a true love affair with life and the world.”