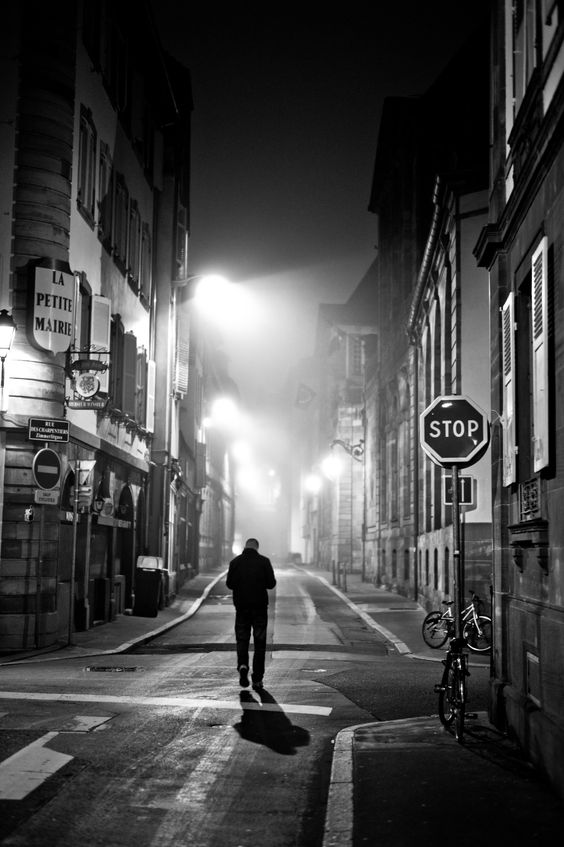 The house of Starry Song, the shaman who had the gift of transmitting the ancient wisdom of his people through the word, was empty when I walked in. Because the coffee pot was still warm, I got a cup and helped myself, and went to the porch. A nice neighbor told me he was at a school close by, delivering an interesting lecture to a group of teenage students. When I walked into the auditorium, a girl with perceptive eyes was asking what the reason for our existence was. The shaman replied at once: “To evolve; only that, to evolve”. The young lady was far from being happy with the answer and rebuked by asking the meaning of evolution. Starry Song arched his lips in a discreet smile and said: “To evolve is to expand the level of awareness and to expand the capacity to love. Love is the meaning of life. However, because of its tremendous power and complexity, we need wisdom to drive us toward this accomplishment.” He made a brief pause and continued: “Even though love is within our core, we know very little about it.” She insisted on questioning and asked what accomplishment the shaman was taking about. Always polite, he answered: “If love is the meaning of life and the essence of each one of us, the accomplishment I am talking about is the unrevealed portion of ourselves, the other I that we are not aware of.” As a good storyteller, he made a dramatic pause and concluded with a punchline: “I know about half of me; the other half is an enigma.”

At first, the entire audience became silent; then jokes and wisecracks were disseminated. Starry Song patiently waited until the excitement and hubbub of the youths subsided to continue: “I am not saying anything new. There are some beautiful poems that address this theme, as well as novels that go deeply into the importance of the other that dwells within us.” A lad asked why we should know this other part of ourselves. The shaman replied: “Even though this other half is hidden, it does not mean it does not play a role or influence your life. In fact, it interferes in your choices, hence in your happiness, without you realizing it.”

“The other portion of you wants and needs to be heard. They need to be understood and accepted. Because we stubbornly ignore them, they often manifest themselves in a surprising, unpleasant way. Do you know that coworker of yours who is quiet and amicable and, all of a sudden, bursts out in rage much to the surprise of everyone? It is his other half that can’t stand being repressed any longer. With more or less intensity, I believe something of that sort has happened to all of us.” I noticed that the students became attentive, because Starry Song was speaking about someone too close to us, whom we hide in the basement of the self, whose existence we cannot confess. Even though this is common to all of us, it was as if a personal secret had been disclosed.

The shaman added: “If we only acknowledge part of what we are, we will remain incomplete. We will never be whole. Hence, we will have wasted part of the magic of life and the power of self. We will be living in permanent conflict with the world while an inner battle is fought between the two halves of us, meaning that we are in conflict. One half must be united to the other for the pillars of plenitude to be settled in the heart.”

One of the students asked why that happened. Starry Song was didactic: “The main reason is because we pay more attention to what happens in the exterior world than to the transformations that take place within. However, the Wonders of life happen inside us, not outside. For instance, most of the biographies I read portray the worldly achievements of the biographee, their accomplishments in the world, facts that gave them fame, their record breaking, titles, medals and awards. They all seem elated with such situations and, therefore pursue them. I want to read biographies about ordinary people, and that address not the material or mundane aspects of life, but their spiritual evolution. What is sacred in life are the inner transformations.”

“I want to know how each frustration was valuable for one to develop a keener gaze about everything; I want to know about a situation in which a hug was able to free a soul that had been stuck in the swamps of oblivion; about a silent hand that prevented a heart from plunging into the abyss of sadness; the way in which each one of the virtues that make up light manifested itself in that person; about the flower of love that blossomed in the swamps of sorrow; about the kiss that revealed stars that do not exist in the sky; I want to know how a disappointment was cause for personal strengthening and prepared the road for the core achievements of existence, such as freedom, peace, dignity, happiness and love. These are the diamonds; all the rest is just shiny wrapping paper.”

“We are more concerned with the image the world has of us than of what we really are. We are conditioned to achieve victory through competition, forgetting how valuable victory through communion is. Hence, we live as characters who want to be applauded and revered. The more I work to maintain the perception others have of me, rather than my true abilities, the more I nourish pride. Excessive improvement of the outward look relegates essence to the back burner. Pride is kept out of the need one has to be seen as better than others, rather than striving to do better than they have so far, in an internal, loving dialogue, each one with themselves, in order to turn on the light that will illuminate one’s steps and, therefore, help those who walk close by. The idea the world has about you cannot be stronger than the person you actually are or can become. Denying this possibility gives rise to the dreadful need of comparing oneself to others, placing appearance at the very top, in total oblivion to the innate essence. This is the seed of vanity, the sad dependence on the applause of the world, even if transient, undeserved, phony, futile and shallow.”

“By keeping myself in the crazy race against others and forgetting me, I give up part of me that will offer no more what I lack. To make up the huge gap within, I create an array of fantasies and, worse, I come to believe in them, becoming more and more distanced from my true essence. Social, professional and even emotional masks. And all of that because we are afraid of facing the criticisms of the group we idolize and wish to belong to.”

“The fear…” He paused as if the word took him to a distant place, and also to underline it. The students looked to one another as if this feeling was secretly shared by almost all of them. Then, the shaman continued: “The fear of denial, of failure, of what is ponderable and what is imponderable. The fear of being laughed at because of my dreams, the irony of unusual flights I take, of my stumbles, of being myself, unique, whole. Then I give in to the pattern, so that I don’t feel I am different or ridiculous. There is only one outcome: even though not always will I please others, I will certainly disappoint myself, even though I refuse to confess.” He paused once again, noticed how attentive the students were, and continued: “However, if we do not acknowledge the half we are missing, a gap is created inside us. We feel it in more depth than we are able to understand. Then, trying to fill this gap, we resort to emotional relationships, professional and material achievements, unending parties or worse, to drugs to complete the void. To no avail.”

“Nothing or no one will be able to complete the other half of themselves.

One of the students interrupted him to ask if not even God would be able to fill this void. Starry Song, disconcertingly, answered: “No. At this point, actually not.” In face of everyone’s bafflement, the shaman explained: “For the mere fact that He is waiting for you in your other half, the one you don’t know or deny it exists.” The boy was very religious and said that God was very important in his life. Starry Song was pedagogic: “I have no question about that, God is important in my life as well. However, we must differentiate idolatry from faith. Idolatry is worshiping out of misunderstanding or fear of alleged consequences of doing otherwise; faith is embracing with the affection of understanding. Worship relates to faith as jealousy relates to love. This is why worship dominates while faith liberates. Worshiping sets a distance because what one prays for is unattainable; faith draws near with the silent intimacy of one’s encounter with oneself.”

Another student asked about the consequence if one refused to know the other part. The shaman explained: “Reactions to incompleteness may be various. In common, all they have are the tremendous power we grant to the shadows. Sadness, helplessness, depression, causing addiction to antidepressants, anxiolytics or heavier stuff. Pride, vanity, envy and greed are shadows that thrive from our lack of knowledge of who we are or can be, triggering arrogant, violent or sallow behavior. Competition in detriment of communion; appearance in detriment of essence; having in detriment of being. Having everything but not being anything creates a dark abyss that makes the person aggressive or sad, whether from not understanding themselves or abandoning their other part.”

“Ultimately, everyone seeks the plenitude of being, which is translated by achieving peace, freedom, dignity, happiness and love in their largest breadth. Many are delusional in believing they will find these in marriage, family, art or trade whereas, in fact, these are the field tests for the discovery or enhancement of each virtue. Virtues are the evolutionary tools we have, manifested through each one of the choices we make every day. It is just crazy to believe plenitude lies in amassing patrimonial assets.”

The young lady with perceptive eyes interrupted once again to ask what those virtues were. The shaman listed: “Humility, compassion, sincerity, purity, sensibleness, justice, tameness, appeasement, courage, faith and many others, in addition to the greater of them all, love, of course. When they are grouped together, they form what ancient wisemen called illumination.”

He smiled and completed the lecture: “However, none of these will be effective, there will be no plenitude of illumination, regardless of how virtuous a person may be, while they do not reveal to themselves their other half, and align, in full communion, both parts that make them whole.”

On our way home, we walked side by side in silence. Upon our arrival, he decided to make a fresh pot of coffee while I sat on the porch, lost in my thoughts. The shaman placed the steaming cups on the table while I made some inferences about the other half of me, and even if I would like what I would find when I came to know it. Starry Song listened patiently, furrowed his brow and said with seriousness: “Our other half will always be our best part.” I asked him why and he baffled me with the answer: “It is in it that our wings await us.”