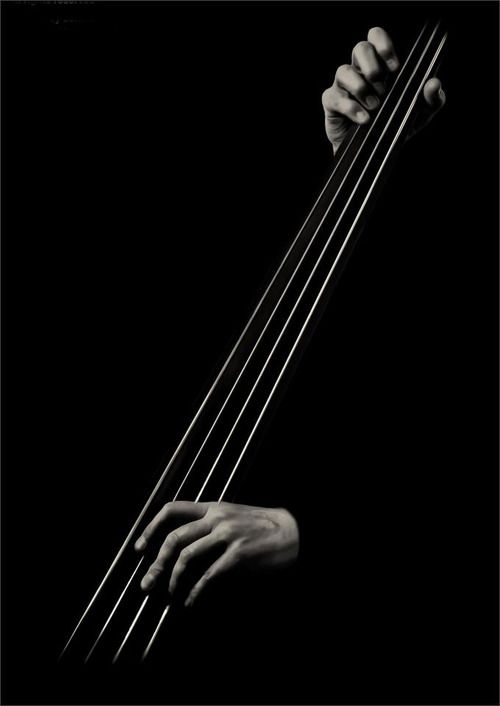 When I turned the corner to take the narrow street where the shop of Loureiro, the shoemaker who loves books and wines, is located, I was happy to see his vintage bicycle leaning against the light pole. It was still early, the sun had just risen to vaporize the dew that moistens the cobblestones, making me feel as if I was walking on the clouds. I had gone to the shop in search of coffee and idle chat. When I entered the shop, I found other friends of the cobbler. They were seated in circle, as if in an informal assembly, and Loureiro was pouring them coffee. When he saw me, he greeted me with the usual joy, indicated a wooden box for me to sit on, and handed me a steaming cup of coffee to keep the cold at bay and to awaken my ideas. All those men had been friends for a long time. Loureiro told me that there had been one more member of that group of friends, René, who owned the most traditional newsstand of the village; he had passed away not long ago. Every day, for years, the friends had met at the newsstand to chat about whatever while waiting for the daily paper. This ritual had been part of the history of all of them. The newsdealer’s son had taken over the business while the father was still undergoing treatment but now, because of a debt they had, the distributor of newspapers and magazines refused to deliver new issues. Without newspapers and new issues of magazines, the newsstand was about to close down. The son had come to them to ask for a loan to pay off the debt, preventing the business from being closed down. The problem was that the son had lived away for a long time and did not have a good reputation in the village.

Charles started the discussion. He was the youngest of the friends and owned the best bookstore of the area, which carried only works of fiction, because, he believed, “reality was too absurd and unlikely”. He said that René had been one of his best friends and one of the most honest men he had known in his life, and he would not hesitate in loaning all his money to the newsdealer. However, he warned, he could not let emotion take him over: it was not about René. The stories he heard about the son had convinced him that they would never receive their money back.

Yves, owner of a wonderful bakery where one could find sweets to dream of, took the cue to replicate what he had heard from others. The many comments about René’s son included how remiss he had been in his jobs; his unruly lifestyle and his gambling compulsion. The reason he had returned to live with the father was because he had borrowed heavily from loan sharks. Yves had been ensured that the young man would be at risk if they knew he had returned to the city. He was sure that the efforts of his friends would be in vain, and soon the son would take the route to perdition again.

Antônio, the principal of an excellent high school, recalled having been told that René’s son had abandoned his own children and given them nothing. He emphasized that a worthy man does not abandon his family. He understood separation, never abandonment. He completed saying that father and son were too different, and the friends could not let themselves be deceived.

Francisco, owner of large grocery store confessed he had a debt of gratitude with René. The newsdealer had given him a hand when he arrived in the village without knowing anyone and without a penny in his pocket. He had been his guarantor to the purchase of a shipment of the praised cheeses of the region, to resell them in other cities. That was the necessary hand he needed to become the wealthy businessman he was. However, he knew from reliable sources that the newsstand debt had started when René was admitted to the hospital and the son took over the business, siphoning money for expendable and unnecessary items. He made a point of recalling that the newsdealer was known for having a reputation of credibility developed throughout his life, having always honored his commitments and his word. René was a reliable man, to whom the keys of a bank safe could be entrusted. However, from what he knew, honesty was not a hereditary feature. It would be best that the son sell the newsstand and spend the money elsewhere.

Once they all had made up their minds and reached an agreement, the issue was settled. I had paid attention to all that was said and thought the friends were right in refusing the loan. That money would just be wasted. Until someone noticed Loureiro. The shoemaker had listened to the discussion without uttering a word. They asked his opinion, and he obliged: “All comments were very sensible. It is true one cannot take the son for the father or merge them as if they were a single person. Each one is unique, and there is much beauty in it. I concur that the likelihood that the loan will not be paid off is huge, and that all the effort will be in vain. The stories told seem to shed light on the best decision. I agree with all of you…” At this point he made a brief pause, changed his tone of voice and continued: “until before taking the last corner.”

The friends said they had not understood what he meant. I, silently in my corner, much less. The cobbler made everyone disconcerted: “Receiving the money back is the least important”. A hubbub aroused. The friends challenged that statement. Their money was earned from honest work and should not be wasted. Loureiro begun his reasoning with a question: “Why do you believe the son will not spend the money loaned on the business he inherited?” The many stories against the behavior of the son were, once again, recalled. The shoemaker furrowed his brow and asked: “Has any of us been the protagonist or somehow participated, or even witnessed any of these facts?” There was silence in the shop until one of the friends made a point saying that there were many stories from reliable sources, hence they should be taken into account. He emphasized that caution was required at that moment. The cobbler nodded his head in agreement: “I agree. Prudence is an important virtue to keep us away from unnecessary risks; without it efforts are useless. However, it cannot be excessive to the point of serving as an excuse to prevent the exercise of generosity, another valuable virtue. It is the second chapter of the same lesson given by this virtue.”

“The higher truth is revealed from the understanding of common truths that dwell in all hearts.” He made a brief pause and continued: “For instance, we know that when we receive news that has been circulating around, passing from one person to another, it is very likely that it will be tainted or altered by the filters of emotions, trauma and individual interests. Perhaps it is not entirely false, but it certainly is not entirely true.” He sipped some coffee and shrugged his shoulders and kept on talking: “Prudence teaches us not to challenge accounts of facts we have not experienced.” He furrowed his brow and added: “The same prudence warns us that these stories should not be unconditionally embraced.”

“However, using these comments to make up one’s mind about someone is wrong as it keeps them apart from another precious virtue, justice.” He lowered his eyes, so that his words were not addressed to anyone specifically and said: “To be fair is one of the narrowest portals of the Path. It is very easy for us to act as judge and pass a sentence, even though we have no power to judge the life of others. Worse, on the scale of justice we place, on one arm, our experiences, emotions, sorrows, disappointments, disrupting the perfect balance; on the other arm, prompted by the same frustrating feelings and experiences, we sharpen the sword with the strictness of those who insist in looking away from themselves, trying to prevent an encounter with their own self, with the illusion that mistakes made by others will hide their own hardships.” He poured some more coffee in each friend’s cup and asked them: “What do we know about the intimacy and crises of this young man’s marriage? Who among us have not, at some time, particularly when we were young, gone in search of sensual pleasures, easy money or shallow fun? Who has never had to review plans and start over? How many times have we been asked to reassess our own behavior?” He sipped some coffee and continued: “We can take into account that the debt was either contracted at the time the father was in the hospital and required more care and medication or believe that the money was diverted for some obscure purposes, at a time of little surveillance. If the money was spent on treatment or fun, I don’t know, and I don’t want to guess. I only know that each one of us has stories that would make us uncomfortable if they became public, as we have stories worthy of sincere praise. Prudence makes us recall both.”

“Prudence warns us about the serious risk of losing money that was loaned. On the other hand, prudence advises that we should not waste the opportunity of helping someone at a pivotal moment of their life, of not wasting the chance of making a difference. If you think things through, a swindle is the least of the risks we run.”

“Prudence just advises, but fear is what actually prevents actions. Prudence tells us to be careful when going on, never to give up. Every virtue needs another to complete itself: prudence without love becomes selfishness; without compassion, it is abandonment; without courage, it is escape; without generosity, it is giving up; without justice, it is cowardice. Prudence, such a poorly understood virtue, is committed to improvement, never with regression, or else it would not be a virtue.”

“We have everything to do with the life of others, and nothing at all, at the same time.” Seeing the look on the face of the friends, he explained: “We have absolutely nothing to do with René’s son’s life if we consider the unquestionable truth that he is the sole responsible for his happiness and the choices he made. Or everything, if we take into account that the Universe needs messengers to leverage the fate of all those who have repented. And each one of us needs the chance to exercise the different virtues, among them, in particular, love, to a degree one is yet to find in themselves. And then, to go further.”

“To try the best of oneself and of life, even at the great risk of losses; or hide in the void of apparent safety, in an existence without any magic, without any Light. Depending on the moment, prudence may advise to shut the windows not to listen to the voice from the streets or to open the door and invite the world to the coziness of the heart. What will our prudence do?”

They all became silent. When I realized, they all had teary faces. Without uttering a word, each one filled out a check and left it on the counter. Then, as if the conversation hadn’t taken place, one of them recalled that the following Sunday would be Easter. They became cheery and started to discuss which restaurant they were going to have lunch at. They chose René’s favorite.