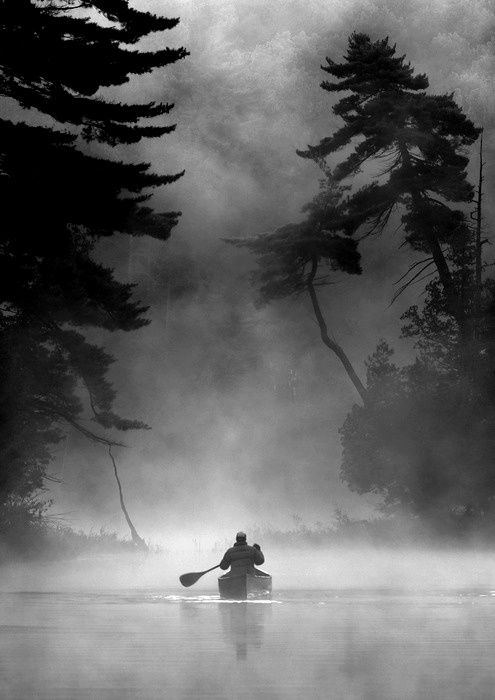 I went to meet Loureiro, the shoemaker who loved books and wines, at a pleasant tavern close to his shop. As the server was filling our glasses with wine, our attention was diverted to a table next to ours. A couple had started to argue in a tone of voice higher than usual, until the woman stood up, told the guy that “everything is about action and reaction”, and left. We remained silent for a few moments until the cobbler commented, matter-of-factly: “The laws of life are unforgiving.” I corrected him by saying that the law of action and reaction was a concept of Physics; in fact, it was one Newton’s laws of motion. As if I were a teacher, I explained that for every action, there is an equal and opposite reaction. Loureiro looked at me with the sweetness of someone who looks at a child who is showing off and said: “Exactly. Because it is a Law of Physics, it is a Law of the Universe; therefore, a law of life, that regulates not only things, objects, but also relationships, and defines the next destination of each person. As a wise and loving weaver, the Universe weaves the web of the lives of all of us, using the laws as embroidery, so that no thread is loose.” I thought about those words for a few moments until I gave up and confessed I had not understood what he meant.

The shoemaker sipped his wine and said: “There is a well-known sentence an angel said that is quite suitable for the matter. He taught that ‘sowing is at will, harvesting is mandatory’. This means, we have the power and the freedom to choose; the consequences, however, will be in the precise amount of their causes. There is no way to prevent it.”

I interrupted him to say that the Universe is quite vindictive. Loureiro furrowed his brow, showing that he was serious, and explained: “No, Yoskhaz! The Universe is never vindictive, because it is love in its purest manifestation. As a good master who loves his apprentice but also the lesson, the Universe yearns for the evolution of each individual, in accordance with another well-known law of Physics formulated by Albert Einstein, the German alchemist and physicist in his spare time, who taught us that ‘the Universe is in constant and infinite expansion’. If we are an inseparable part of the whole, the Universe needs that we follow its evolution, so that it can continue to grow. We are fated to perfection and eternity. There is no end for anything or anyone, just ceaseless transformations.”

He made a brief pause and continued: “In order for us to evolve, the enhancement of each one of the virtues that make up the Light is essential. Justice is one of the most difficult virtues to be understood and settled in. The law of action-reaction is educational in many aspects. The most important is, perhaps, showing the unavoidable relation between cause and effect, teaching the individual that he is his own heir, helmsman of his destiny. All conflicts, problems of any sort or troubled relationships come from wrong choices made in the past. They mean, roughly, that the lesson was not learned, and that there is something to be changed within. The problem becomes recurrent when, out of pride, vanity, convenience or stubbornness we refuse to move forward or insist on transferring to others the responsibility for the inner transformation we must undergo.”

“Therefore, whether you believe it or not, there is no room for complaints. While the fool regrets his luck, the wiseman is thankful for the lesson and overcomes the problem by changing the way he looks at it, the values he has and the choices he will make in the future, dignifying the self and leaving behind interests that once had been important, but currently do not add anything. He closes a cycle of his life that is outdated, frees himself from ties and begins a new course in the seas of existence. This is evolution.”

“The law of action-reaction is educational because, little by little, it enhances personal perception. All the choices we make, and we make hundreds of them every day, are causes that will elicit consequences in the same pace, as a dancer who dances according to the music the conductor extracts from the orchestra. The dancer represents your relations; you are the conductor. The theater is the stage of life. This is an effective method, even though harsh at times, either because it is hard for the student to expand awareness or to refine his own feelings. Hence, to each one, every day, the chance to alter their own destiny is offered, as long as they are willing to change their interests and behavior.”

“By sowing love we will have a peaceful spring, whereas winds of hatred will bring the storms of intolerance. If we will have at the table the fruits of joy or suffering, it depends on one choice, simple in its sophistication, within the reach of each one of us.”

“The law of action-reaction balances relationships and interests. Often we judge others with facts and want to be judged by our intents and motives, skewed at times, that justify wishes not always reasonable. Do you understand the discrepancy? Do you realize where the root of all conflicts lies? We deny to offer others the same conditions we want for ourselves; and if it weren’t enough, we still complain of the imperfections of the world in order to divert attention from where the problems lie, and also the solutions: in our core. It is the place where the backbone of our choices, the sacred stone of happiness hides. Once the individual perceives there is harmony between cause and effect in all things, he is capable of the magic of steering his life to the destination that suits him best. Understanding the power of choices is knowing an immeasurable power.”

“The educational nature of this law prompts some people to name it ‘the law of education’. I like to call it ‘the law of justice’, because it promotes equality and fairness among events and relationships, timely and with wisdom, making us understand the most difficult virtue, justice. To be truly fair is not easy.”

I said that everyone believes they are fair. Loureiro nodded in agreement: “Yes, this is the problem. For not knowing what justice is, they are unable to exert it. In order for a decision to be fair, one must set aside petty interests, the primitive instinct of revenge and offer the other cheek by being compassionate with the hardships of others, by letting humility emerge from the understanding of one’s mistakes and, particularly, from allowing all the love that nourishes him to be transferred to the other. There is no justice where there is no love. Opposite to what many may think, the fair action is not the one that punishes mistakes, but the one that teaches a different, better way of being. Only then will there be justice and light; all the rest is the manipulation of privileges, illusions and shadows.”

We remained some time without uttering a word, until I confessed I was impressed with the educational nature of the law of action-reaction and with the mastery of the Universe in the education of everyone. Loureiro refilled his glass with some more of the good red wine we were drinking and said: “Understanding the laws is learning how life operates. The Code of the Universe’s backbone is the Law of Love, which teaches the individual to love everyone as himself. This is the major law and the perfect illumination; all others are supporting laws to lead us to that stage. Everyone wants happiness, they just don’t know where it dwells; hence, they stubbornly make choices that distance them from it, and insist on choosing conflictive standards that are far apart from the best virtues.” He made a brief pause and completed his reasoning poetically: “Since ancient times sailors have navigated with the stars serving as a map and compass. They all wish for a safe harbor to dock but end up at the mercy of storms when they forget that the stars are there to guide them to the best destination.”