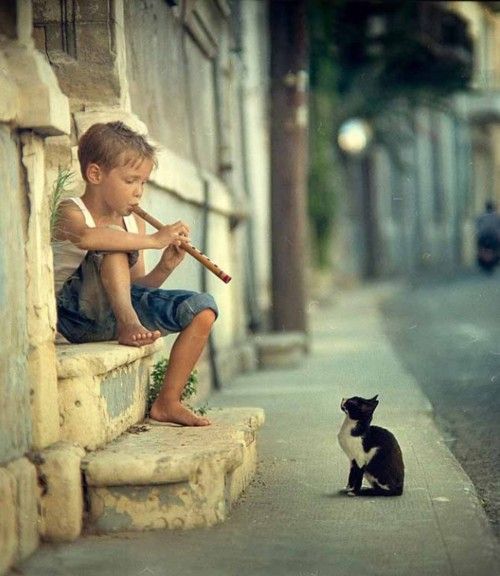 The sky was blue at the crack of dawn, after grayish days of much rain. Everybody seemed happy in the monastery but me. A personal dilemma ate me from inside and robbed me of my peace. As I was sitting in the mess hall, the questions I had wandered in my mind, before a cup of coffee and a piece of oat cake until my thoughts were interrupted by the Old Man, as we affectionately called the oldest monk of the Order. He asked me to help him pick mushrooms in the forest around the monastery. He explained that intense sun heat after rainy days was perfect for these delicacies to sprout at the foot of oak trees. He said he intended to make his famous mushroom soup for dinner. As we entered a trail, the monk said he had realized I was distressed, and asked the reason why. I told him that a good friend of mine had invited me to go with him, during my vacation, to a refugee camp in Africa. He was a member of an international medical NGO that operated in different regions of the globe world where health-care lacked. The Old Man turned to me while he walked with his slow but steady steps and said: “|It is a wonderful, essential job these men and women, physicians and other professionals do, to bring comfort and healing to places where basic survival conditions are lacking. I was in one of these camps years ago, during a senseless local war, and I am overwhelmed with the compassion, mercy and generosity displayed in the form of unconditional love. Despite so much pain and suffering, you understand the greatness of life and the wonders of overcoming adversities, in an effort to do differently and better.”

I explained that this was my dilemma. I understood the beauty of this work; however, I said I was not actually willing to go. The internal divide was distressing me. I asked if I was wrong in turning down the invitation and the chance. The Old Man stopped and looked at me with sweetness. He looked for a sun-bathed boulder to sit on, because it was still chill, and sat. Then he said: “Absolutely not. Sidestep the apparent duality between right and wrong. Each one makes their choices according to the honing of the virtues they already possess. Decision-making is also influenced by one’s gifts, karma and dharma. One must understand and respect oneself and everyone; each one has their battlefield. For each heart there is a journey awaiting.”

I said I had not understood. The monk explained, patiently: “We all have our own karma and dharma. Karma is learning; dharma is purpose in life.” I interrupted him to say that now I understood even less. He smiled and continued: “We are here to evolve. To that end, we have to perfect, in the core of the self, each and every virtue that makes up the Light, so that they cannot be left out when we make our choices. In each evolutionary cycle we undergo four different stages: to learn, transmute, share and move on. We go through many cycles while fighting in our core life’s great battle of illuminating the shadows that dwell within by making the self-appearance, also known as ego, close to the self-essence, known as soul, and by achieving inner freedom and peace, always with joy, disseminating pleasure in being with yourself and with everyone. Therefore, little by little, we make all the love that lies dormant within us rise.”

“At each existence we have the exact lessons that suit us at that point of our level of evolution. This is the well-known karma. Karma is connected to the value of the virtues and the importance of each one of them for the improvement of the self. Of course we can refuse the lesson; after all, we are free to choose. That is, indeed, a very common attitude. Then, the karma becomes an even stricter educator, and suffering becomes unavoidable. Not as punishment, as many may believe. Put the idea that karma is punishment away, this is a mistake. We suffer because we stubbornly keep ourselves in ignorance, in the dark, because we do not take the ego to meet the soul, because we insist in making ignoble, inappropriate choices. A portion of ourselves remains stuck to obsolete ideas and social approval, while another part yearns for freedom and renovation. Internal conflicts arise because of discordant interests at a time when life thwarts ambitions for success and power, reflected in material possessions and primary pleasures, because, even when achieved, they do not translate into plenitude and happiness. We wake up in a void, as if we were lost in the gloom of existence. We close ourselves in a setting of pain because we do not allow the transmutation of self to act differently and better. Foul mood, irritation, impatience, escape from reality by means of illusions and cheap fun, depression, distress, panic, and other symptomatic diseases are the most common indicators when we are disoriented in the idle of the battle. Suffering means that you have a mistaken gaze on yourself and life. This leads to inappropriate choices, causing educational cycles to be repeated. To learn the hidden lesson present in the conflict, to transmute what you have learned, share it with the world and move onto your journey towards Light is an efficient method to transform suffering into stardust, in the beauty of each cycle of improvement. Lesson learned, karma vanishes because it is no longer necessary. Therefore, we must fight with love the battle for the development of virtues, the true weapons of Light.

“The lessons are given through relationships and bonds; the other will always be the finest mirror. To traverse existence, we need but one tool that will serve as the sandals of the wanderer, the sword of the warrior, the rake of the gardener. This tool is called gift. It is the special skill one had that makes him unique. Each one has theirs, no exceptions. This gift is to be used for personal improvement and to sow joy and well-being worldwide. It starts within yourself, then at home with your family, at work, on the streets, in the village, and in the world, like waves whose ripples expand on a lake to the end of the universe. These waves are generated not only by bonding with others and personal relationships, but also through your skill or trade. This is your dharma; your other battlefield. On the journey of your existence on the planet, you are in charge of making flowers germinate in a small portion of the desert.”

I interrupted the monk. From what I gathered, there were two battlefields. The Old Man arched his lips in a discrete smile and agreed: “Yes, an internal and an external one. They are personal and interpersonal at the same time and are in constant communication one another. The shaping of the individual is reflected in the transformation of what is collective. His personal battle is the precise portion ascribed to him in the evolution of humankind. There is no other method for advancement. Your suffering or joy are the waves you make in the cosmic lake. This generates your personal energy that will permeate and reach everyone. The vibration can be mild and subtle or dense and heavy, depending on your feelings, thoughts and choices.”

I said I thought it was too complicated. The Old Man laughed heartily and explained: “No, Yoskhaz. It is all too simple; maybe this is why it is so hard for us to perceive it. The gift is manifested in many ways: caring, healing, providing, supplying, applying the law with justice, cleaning, embellishing, enchanting, teaching, managing, singing, writing, building, and many other skills. The gift, whether a trade or a skill, is an instrument for personal improvement, and a tool at the service of the planet. Everyone is necessary and equally important, whether a baker or a doctor, a high public official or kindergarten teacher. The lack of a single screw can cause the most sophisticated machine to malfunction. All that is simple tends to be essential.”

I said the conversation was nice, but I could not understand how it could help me decide about going or not with my friend to the refugee camp. The Old Man patiently explained: “This is his trip; despite highly noble, it does not mean this should be also your trip. Even though the mission he is to embark on is a beautiful and necessary one, there are many other problems in need of hands and feelings. Hunger, epidemics, wars, deforestation, social injustices, extinction of species, demagogy, oppression and massacres of all sorts. There are serious issues everywhere due to ignorance, the root of a huge collective shadow, that must be faced and solved. One should bear in mind that big problems stem from small dilemmas; global crises are originated from personal conflicts. We need people to handle individual issues with the same care and heed we devote to planetary problems. The person, no longer fragmented in himself, harmonized with his essence, knows that no individual happiness is generated from evil doings and their subterfuges. By paying heed for the part to have a congenial development, we keep the balance of the whole. Therefore, it is extremely valuable the ordinary, worthy and honest, day-to-day toil that supports and moves civilization. In all places we need people who are willing and committed to exercise their capabilities. Some complement others, as a set of pillars that are necessary to keep a construction steady.”

“The exercise of dharma can be local or global. To care of the part is to heal the whole; to turn around turmoil in a family is as important as sowing a peace treaty among nations, even though the repercussion is not the same. One problem can prevent the other. Micro turns into macro.” He paused briefly and said: “You must understand where your battlefield is. Everywhere, whether at home, where the residents have abandoned one another, or on the city streets, where the population lies forgotten by office holders, the warriors of the good fight are always essential. To be a mother and looking after the household with affection can be as complex as being a mayor and managing a major city. These are, both, valuable battlefields; each one of us with their gift, karma and dharma”.

I told him I was lost. I did not know what my gift was or where was my battlefield in the world. The monk tried to explain: “Listen to your heart; your gift dwells in your dream.” When I listened to that sentence, I could not hold myself. I told him that it had annoyed me because it said it all, and nothing at the same time. The Old Man remained composed: “Even though this is one of the most valuable teachings, I will try to convey it in a different manner: check where your joy is, what activity fills you with vitality, where dejection seems unable to reach you. But you must not take the pleasure of the self for the satisfaction of the soul. The gift are the sandals; the battlefield is the road. Loving is the best way to walk, and Light is the final destination. By doing this, while you take care of yourself you will be taking care of the world.”

He looked deep into my eyes and completed: “Always offer your heart to the battlefield. There you will also find the world’s heart. Sooner or later you will feel them both drumming as if they were one. It is the music of victory!”