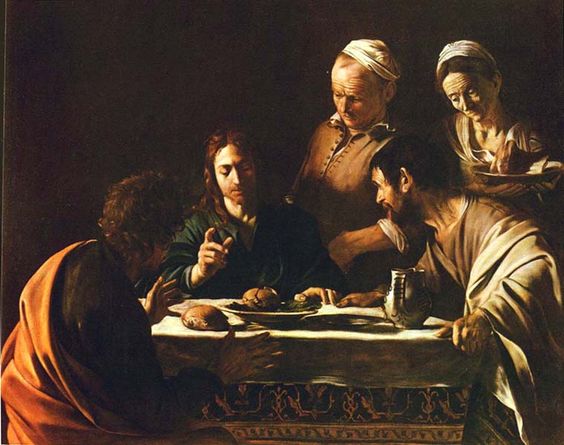 I had been in the mountains of Arizona for almost a month, lodged at the home of Starry Song, the shaman with the gift of transmitting the wisdom of his people through words. During this period, I met a woman who lived on the same street and we started dating. Beth, as she was called, taught at a local school. During the week, I committed myself to my studies with Starry Song, and on the weekends we, she and I, wandered nearby cities. That Saturday we had gone to Flagstaff. Still in the afternoon, we were in an amiable coffee shop – that also offered craft beer – to the sound of jazz and blues, when my girlfriend, upon returning from the bathroom, ran into an old acquaintance from her school days. From a distance, I watched the two talk and noticed Beth’s facial expressions changing. I had the distinct feeling of watching a lightbulb gradually fade until it completely darkened. When she returned to her chair next to me, she looked like another person. She was dispirited. I asked what had happened and she said everything was ok. I insisted, said that she had changed after speaking to the other woman. She said that the acquaintance, albeit never having been close or great friends, approached her to talk about her life. She boasted about her many conquests. A lavish wedding, luxurious cars, mansions, trips to idyllic places, and friendships with famous people were the subject of conversation. I asked why that influenced her. Beth answered that she didn’t understand why the friend had bragged about so many things in so few minutes, but that she was happy for her. Not too long after, I went to the counter to grab a beer. The place was crowded and while the bartender handed me the bottle, a man, also a customer, took it from me. He said that beer was his, since he had been there longer than I had. Before leaving, he cursed at me. I didn’t want to wait for another beer, something had stolen my joy. On our walk back to the car, we ran into a young man, Beth’s neighbor. We had already been introduced by Starry Song. He was very attentive to her, but completely ignored me. The situation made me uncomfortable, mainly because she had not stood up for me against his indelicate behavior. In the car, on the way back to the house, after a while without any words being said, we engaged in small talk and suddenly, we were arguing. The argument escalated, we exchanged accusations and it got serious to the point of breaking up. All of it made me sad; I was enveloped in a mixture of emotions, everything from hurt to frustration. A strange and negative feeling, like I had let the honey of life to slip through my fingers. Sunday afternoon, when Starry Song, upon returning from the trip he had also been on that weekend, greeted me, I replied gloomily. The shaman just smiled in response. When he noticed I was still upset the following day, he invited me to talk on his balcony.

Sitting in his rocking chair, he lit the red stone bowl of his pipe, his inseparable friend. He took two hits and, after that, grabbed the double-sided drum to play a heartfelt ancestral song. Slowly, I felt a little more calm and receptive. Starry Song explained that good music has the power to dismantle some astral bodies of low vibration that get closer to us because of energetic affinity, even if temporary. Next, he asked what had happened. I answered, saying that nothing unusual had happened. I was quiet. With his infinite patience, he explained: “Quietude is different from sadness. Something made your vibration change over the weekend. The energy has improved a little, but it is not good; it needs to be transmuted. Understanding suffering is fundamental to the cure.” I chaptered and told every event since Saturday afternoon. The shaman listened without interruptions. Then he said: “Let us rewind to when the confusion began. What makes a person boast when meeting someone?” I replied that perhaps it was to share happiness with others. Starry Song shook his head and said: “It is the contrary. Discomfort not admitted within oneself, with one’s life, with the choices that one has made throughout their existence, are the motives for such behavior. It is an inglorious effort to convince themselves they are happy. It is customary to talk about material wealth in an attempt to hide spiritual poverty. Speeches of greatness reveal souls broken in half. Nothing truly essential can be acquired with money and they see this. It is a journey that is felt, but not always accepted. As it still moves in their unconscious, they will face painful days until it is transferred and accepted into their conscious. That is when, therefore, they will be able to perform the necessary changes.” I asked if it was wrong to share one’s happiness. Starry Song frowned and explained: “Sharing happiness is sharing the best about yourself with the world. That will always be of great value. However, there is a big difference between offering your best and an attempt to show how your life, or even you, is better than others. This is the language of pride and vanity. A happy person is content, is a whole being. They do not need any comparison for finding their beauty in their uniqueness; without denying difficulties, without abnegating their virtues. Therefore, they are simple and humble, full of compassion. It is nice to be with such a person. True happiness is serene, balanced, and loving. It has no need for loud advertising.”

He took a puff of his pipe and continued: “What causes a person to become impatient and violent like the man in the beer incident or intolerant and aggressive like the man who disregarded you? The desert of the heart or the lack of direction. Any individual who does not yet understand that life in our world is nothing but motivation for the improvement of the being will wander lost in constant disagreements. Every move to portray yourself bigger and better than others shows a delicate, disoriented soul, imprisoned by its own darkness.”

I said that we were probably affected by the shadows in these people. That made us fight. The breakup was their fault. Starry Song disagreed: “Of course not! Those people are who they are. Nobody’s behavior can have the ability to thieve our joy of living.” He took another puff and explained: “Victimization and transfer of blame are also equally powerful shadows due to the stagnation they impose. Understanding other’s difficulty is a display of wisdom; accepting your own difficulties is the first step towards plenitude.”

“However, their battle is useful for you two since it serves as a mirror.” I asked him to explain further. The shaman deepened his reasoning. “A seed, regardless of type, only germinates when met with the appropriate environment. So does light; so does darkness. Both need fertile soil to take root. Everything that dwells in your heart needs your consent. Whoever accompanies us has an affinity with us, they are in tune with who we are. In last weekend’s events, if on their side we witnessed pride and vanity, on your side we saw envy and jealousy. Shadows feed on shadows.”

“Each individual is an energy generator, driven by their ideas, emotions, and choices. The vibrations emitted propagate to the ends of the universe. This identifies us to the stars.” He took another inhale from his pipe and proceeded: “And they return. Since life is loving, wise, and fair, we are not only generators, we are also receptors of universal vibrations. We capture energies in the exact same frequency as those we emit. Diverse energies pass through us. Subtle and dense; light and heavy; transforming and stagnant; liberating and dominating. Each person defines the type of energy that will remain around them. Not out of desire, but out of consequence. It is an efficient educational tool.”

Starry Song took the double-sided drum again to play a soft melody. I let it surround me. Slowly, everything started making sense. I said I understood that I was responsible for everything that happened to me. The good and the bad. Truthfully, Beth and I had been careless in allowing the shadows in orders to feed ours. As they grew, they brought the arguments. Starry Song nodded and added: “We are victims of who we are. Nobody can bring us more harm than we can. Nevertheless, the opposite is also true. Good is in my hands because it is defined by the choices I make when I change my route, in the perfect measure of my thoughts and feelings, of the virtues that I can put into action. Nothing but my light can immunize me from my shadows. All the plenitude I long for, manifested in peace, freedom, love, dignity, and happiness, depends solely on me. This understanding gives me power over my story. This force is intrinsic in any individual. When we set it in motion, we transform life. That is the magic of light.”

“Darkness or light; people only have the power that we give them over us. Darkness and light manifest within us in the exact same affinity that we have with them. Life is like a radio; when changing the tune, we change the programming.”

I excused myself. I needed to talk to my girlfriend and show her the trap which we had fallen to. The shaman smiled with his eyes in response. When I arrived at Beth’s house, I was informed that she was in the small church in town. I headed there. Upon entering, I saw her in the front row of seats. I sat on the last row, waiting for the mass to end. The priest spoke of one of the Letters of Paul, the apostle of the common folk, in which he quoted a verse by Menandro, a poet of the time: “Do not be deceived: ‘bad companies corrupt good habitudes’”. Next, he explained that it didn’t matter who we were with, but if we were accompanied by shadows or light. He exemplified that master Jesus was friends with thieves and prostitutes and, without being enveloped by the shadows, brought them to light. He transformed his encounter with Pilate, despite all the darkness that surrounded the Roman empire, into a moment of enlightenment capable of inspiring the path of humanity to this day. With tearful eyes, I said a heartfelt prayer of thanks to the hidden but present masters in every hour of my life; for the wise, fair, and loving synchronicity of the universe. At the end of service, upon seeing me, Beth offered me a sweet smile and winked, as if to say she knew why I was there. We exchanged a strong and unforgettable hug. There was no need for words.