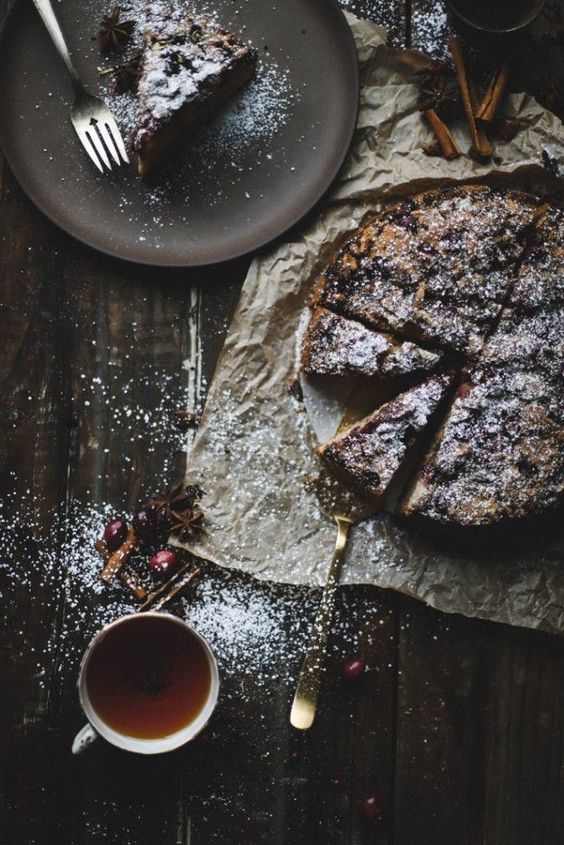 Break of day. I was in the quiet station of the small and charming village at the foot of the mountain that houses the monastery waiting for the train. The Old Man, as we affectionately called the oldest monk of the Order, and I were on our way to a boisterous city where a well-known university was located. He receives numerous invitations to deliver lectures in schools, corporations and community centers, and would always accept them. If he was not available on the proposed date due to a previous engagement, he would do whatever it took to find a suitable date. Our train would take a while to arrive, so we went to the cafeteria of the station for some fresh coffee and a slice of orange and ginger cake baked by the kind owner of the place. Seated at our table with two steaming cups before us, I asked the Old Man if he resented not having much time to rest. The monk sipped his coffee and said: “Resting is very important, as is having time to devote to myself and to ‘clean up the house’”. He smiled and added: “To ‘clean oneself up’ from time to time is very important, so that one can sweep away the dust of dense feelings, fix up broken emotions, change an outdated decor of ideas that no longer embellish life, open the ‘windows’ for fresh air and the sun to come in. My ‘home’ is my place of observation and interaction with the world.” He sipped some more coffee and continued: “Likewise, it is also very important for one to have some fun and entertainment. Art, in whatever form, that helps us see beyond the limits drawn by conditionings and the routine of everyday life; meeting family and friends for good conversation and, particularly, laughing a lot, all of this is capable of nourishing the soul.” He looked me in the eyes and completed: “However, only when I serve, do I feel the power of the universe differently. When I share the best in me, I comfort someone’s heart, I help someone to crack a smile or I manage, with a word, to illuminate the darkness of the dungeons of the soul, it is as if the hands of stars held mine, and my entire being burned in fire, so strong is the light that pervades me. That is the ultimate feeling of sacredness.”

The kind sever interrupted us to say that the orange-ginger cake would still take a few minutes to be taken out of the oven. The Old Man, with his typical good mood, thanked her with a smile, said he would wait as long as it took, and even joked that he would make the train engineer wait: “He will not regret it”, he added. Then, he resumed our conversation: “It does not matter one’s social, financial or educational status. One should be aware and set in motion any of their virtues, whether they have already blossomed or are still in seed. To care for one’s home in tandem with working on the world, showing the full capabilities one has achieved and improving to reach the goal of what one intends to be is like a flashlight guiding one’s steps and those of others during the fogs of existence. Combining both in composed harmony translates the finest art, the one in which artist and work merge to become one.”

I reasoned that it was not always easy, because the struggle for survival and for performing daily chores required time that would be valuable for the development of a better planet. Furthermore, quite often finances are too meager to help the needy. The Old Man shook his head and explained: “Even though life may be rushed, one will not lose anything if they are kind enough to spend a minute or so more and be kind enough to let other people get ahead of the them. As empty as your pocket may be, a heartwarming hug is capable of enriching the life of someone who is abandoned in the alleys of disillusion. No one must be a doctor to heal someone else’s sadness by administering sacred drops of joy and hope. A fairer society is formed when one, of their own volition, understands and relinquishes any privilege that some ancient legislation has established to provide undue favors, causing inequalities and making others suffer.” He looked me in the eyes and added: “We regret the mess and the incongruousness of the world, we clamor for urgent governmental actions for social support and security, while we forget our part of being kind and forgiving to others as an effective way to make a revolution in life. We change the world only if we become the citizens we wish to find on the streets. Never with the raw power of empty, vain discourse but in the subtle power of kind, delicate behavior”.

I argued that seldom one would find kindness on the streets, and that I thought people were more and more self-centered. The Old Man disagreed: “I don’t think so. I feel generosity everywhere, I see the relentless need for love. But I do realize most people do not understand the quest. Bottom line, each one has to do their part, regardless of whether or not anyone will follow.” He sipped his coffee and reasoned: “Even though some relationships might be harsh, affections may be more strictly displayed, and people are more self-absorbed, more than ever it is time to turn the other cheek, the face of light. To show that all can be different and better. And this process starts through me, there is no other way.”

I asked him what I could do. The monk shrugged and said: “You tell me.” I said I did not have a clue. He reminded me of the Sermon on the Mount: “We know the tree by its fruits. Look into yourself, in quietness and solitude, and check what you have shared with others recently. Only your fruits can tell who you are. Your fruits are translated into your choices, from the simpler to the more sophisticated. I am talking about your actions and words, not only in cornerstone moments of existence, but rather in simple and apparently ordinary situations of daily life. What virtues can we identify in each action? The way we react to denials or disappointments either leads us to defeat or encourages us to exceed. The way we manage our ego in tandem with our soul when someone goes against or hampers the achievement of a wish, defines who we are not. The sap that nourishes the tree are the ideas and feelings that reflect the sweetness or bitterness of the fruit. Or even if there will be any fruit. Whether we are in a garden or a desert is a natural consequence of the type of tree, shade or dry, we are.”

At this point, a middle-age man with a well-tailored suit broke out in the cafeteria with steady steps, carrying a nice briefcase and leaving in the air the scent of the good perfume he had on. With an authoritarian tone of voice, typical of those who are used to being served, he asked for a slice of orange and ginger cake and a cappuccino. The server politely explained that it would take a few minutes for the cake to be served, as it was still in the oven, to finish baking. In a foul mood, the man ranted that the train was about to arrive at the station, and he could not wait. He added he thought ludicrous that the cafeteria had not all the products readily available to the customers as soon as they opened. He said the world would be doomed as long as it was populated by incompetent, careless people. The server’s eyes become teary, but she did not say a word. If that wasn’t enough, he turned to our table and, seeking for approval and applause, said that only an apocalypse would save the planet; this one had to be destroyed for another one to be built in its place. The Old Man replied, composedly: “The apocalypse is not about the end of the world; it is a fictional image that allows those with love in their hearts to disembark. The journey has, in fact, started long ago, and many are yet to realize that this planet is the rails on which every engineer conducts their own train. Other, more pleasant destinations are for those with a pure soul and goodwill towards other travelers. The journey is endless, but the change in course is a skilled decision that can be made at any time for those with light, tax-free baggage”. He looked the man in the eyes and completed: “Only love fulfills the requirements.”

The man sulked, turned around and left. The server dried the stubborn tear that insisted on remaining in her eye and gave the monk a thankful smile. We remained silent for a couple more minutes. Then, we paid the bill and went to the platform. When we were about to board the train, we were surprised by the kind server, who arrived breathless. She had a smile on her face and a box with two generous slices of orange and ginger cake, still warm from the oven. I asked how much I owed her, but she refused to accept money; she said it was a gift. The monk thanked her with a beautiful smile. I looked at both of them, the sever and the Old Man, and another quote from the Sermon on the Mount immediately came to my mind, and I said silently to myself: “You are the light of the world!”