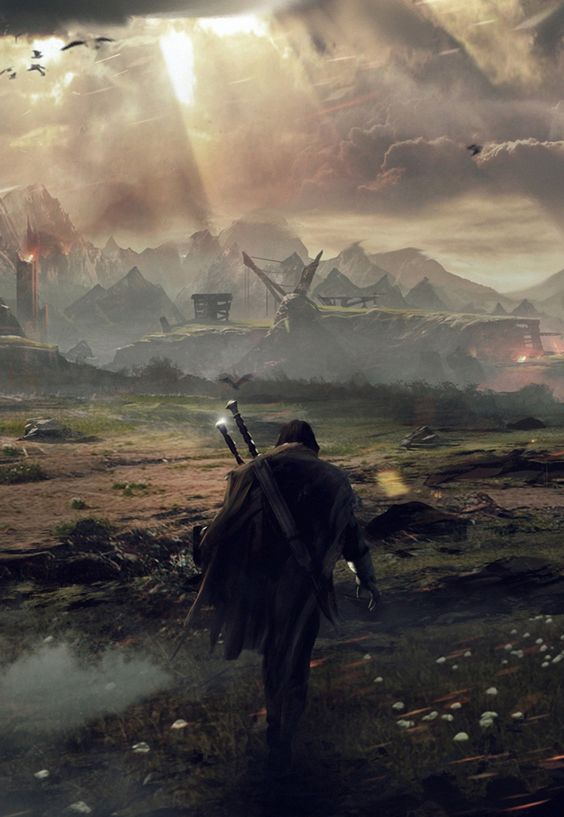 When I turned the corner and did not see the vintage bicycle belonging to Loureiro, the shoemaker who loved books and wines, leaning against the light pole in front of his shop, I thought I was out of luck. The unlikely, unusual hours of operation of his shop had become legendary in the small and charming village located at the foot of the mountain that houses the monastery. I was sad. I had always had a complicated relationship with my mother, as if love and sorrow took turns on the stage of life, eliciting memories that disrupted the days I had yet to live. Once again we had had an argument, and I wanted to meet the good cobbler. I needed to talk, to remind me what I already knew and to listen, to learn what I was yet to know. It was lunch time, and I decided to go to a nice eatery close by. As if chance existed, when I entered the restaurant I found the shoemaker seated at a table with a woman much younger than him. I didn’t know her. When I approached, I realized they were holding hands, and their faces were wet from tears. I moved back, but he saw me, cracked a sincere smile and called me to join them. He gave me a tight hug and introduced me to the young lady. She was his younger daughter. She had left home at an early age, after a lot of fights with her father. She had left the university prior to graduation and for years she had no contact with him. I knew the story and knew that Loureiro had looked for her for years, unsuccessfully. She had just returned. The joy of the reunion overwhelmed both of them.

We were introduced, and the young lady was very kind. They had just finished lunch and she asked the father for the keys of the house; she needed a shower and some rest. Happy, she said goodbye. Loureiro asked me to sit and order. He would have a glass of wine to keep me company. After she left the cobbler told me that the daughter came back after experiencing a number of disappointments and frustrations; she came for cuddling and support. I told him that would be an excellent opportunity for them to have a serious conversation and to discipline her; after all, she only sought him out because the world had been hostile to her. He arched his lips in a light smile and said: “No, Yoskhaz. Life has given her harsh lessons. Now I have the chance to make things different, to show her the other cheek. She needs understanding and affection, and lots of love.”

He sipped some wine and added: “Everyone, when they do not understand themselves, leaves to a faraway country trying to “find” themselves, until they realize what they are looking for is right at home. Hence, sooner or later, we return.” I interrupted him to say I had not understood this last part. He explained: “This is a journey we all take, no exceptions made. Some people feel the need to travel with the body; however, everyone takes this journey in spirit, within themselves.”

I insisted I still hadn’t understood. The shoemaker was didactic: “Unhappiness and distress are rooted in the fragmentation of being. Split between the wishes of the ego and the needs of the soul, to respond to a current situation the being assesses how to behave depending on their own emotions, the refinement of their perceptions and their evolutionary stage. The response will be either paralysis, escape or evolution. An unpleasant situation may cause insecurity leading to complete stagnation, as fear will overpower the being; or escape, due to difficulties in balancing the primal instincts with the most noble desires; or that situation can lead to the search for the essence that will illuminate the being more clearly, so that the existing hardships will be overcome.”

“We all have a social, cultural and ancestral heritage that form the files of both, ego and soul. Ego is related to the immediate, sensory pleasures, to instincts nurtured by the shadows, to applause, to making life safe for controlling the will of others, to domination, to possession, to social shine. Soul is the part of being concerned with the development of virtues, brotherly feelings, evolution, the enchantment of life, freedom of others and of yourself, detachment, and personal Light. At each choice we either separate the parts even further or put them closer together, in a process of harmonization and, subsequently, plenitude.”

“At different levels, everyone notices this internal divide. The larger the abyss, the more painful the wound. Some chose to ignore the divide and grant total power to the shadows. These are those who wish to dominate others, the situations that surround them, or live to amass material assets. Fear, selfishness, vanity and greed are the shadows that dominate these people; they tend to surround themselves with people with similar interests and simulate affection. Even though they deny or try to hide their feelings, they are deeply unhappy and bitter. Be aware, they seem to have great external strength, they sustain themselves with the pride of delusionally believing they are the best, of arrogantly feeling they are powerful. However, deep inside they are frail and would like help to leave the dark dungeon they are in. They never admit they are wrong or stagnating. It is as if the ego travelled to a faraway country and does not want to return home. The soul is ego’s true home, but the ego insists in denying it and looks for happiness in a faraway place, out of themselves. At this point, they become slaves of their own shadows.”

“Others, with a higher degree of awareness, decide to suffocate their primary instincts and traumatic memories, waging war against themselves with the illusion of hiding from the shadows, but with the risk of allowing them to move sneakily, and the unexpected loss of control. Oftentimes the shadows manifest themselves as nervous breakdowns or unreasonable decisions of people who are apparently unassuming, sensible. ‘I don’t believe Joe did it, he always seemed so quiet’, is the sentence we normally hear in these instances. To imprison the shadows is an inglorious war, which will lead the person either to lose control and present sudden tantrums or, on the other end of the spectrum, to depression, despondency or panic. Intuitively they know they must go home, but they don’t know how. The ego is lost in the forest of shadows. Desperate, they try to escape from themselves. But they remain imprisoned, with the shadows as keepers.”

Some, however, can genuinely look at the mirror; they are willing to dive deeply into self-knowledge. They accept the existence of their shadows and embrace them with love. At every tip-off of the ego, the soul invites it for an amicable conversation, to show that there are always different possibilities. Like a child that must be educated, always with love, to become a better adult. Any unpleasant memory that elicits guilt or trauma, because it will never be forgotten, should not be played down or repressed. Just the opposite, it is an excellent opportunity to be dealt with wisdom, compassion, humility, balance, forgiveness and, particularly, love, showing that each one acted precisely according to the capacity of mind and heart at that point of the evolutionary process. Both, you and the other. Once we understand that mistakes are allowed in the school of perfection, we no longer allow ourselves to be engulfed by sorrow, that corrodes, or guilt, that paralyzes, and we take on the responsibility of doing differently and better from now on. This is how we begin our journey back home. By tuning the ego to the soul, so that they become one, always guided by the virtues, the Light ultimately dissipates the shadows. This makes the being whole and frees him.”

“The ego, when disoriented, goes to a faraway country, eager to find the honey of life. The experiences you have, in addition to the expansion of awareness and loving capacity, make you realize that the search for valuable, imperishable, immaterial assets should take place in the other side of yourself, the soul. On this day, you will return home for a great reunion.”

“This level of balance reflects maturity and makes all our relationships improve. The virtue of Harmony settles in the being and makes it possible to live in peace.” He added that his daughter was experiencing this later stage and completed: “The movement we make within is reflected in an outward attitude”.

I argued that it is very easy to regret after failing. Loureiro furrowed his brow and asked a rhetorical question: “Isn’t it like that with everyone?” Then, he continued with his reasoning: “Like the parable of the prodigal son, we leave home in search of the best life has to offer, deluded about wealth and pleasures. The storms force us to look for a safe harbor. The return home displays the humility of the being: only he who admits being small and is ready for the lessons will have room to grow. When the walker understands that the treasure he gets is the development of his own virtues, he admits he was on the wrong course, turns around and attunes the ego with the soul. This virtue, humility, allows you to engage in the journey on the Path and is essential to cross the first portal”. Going back to his daughter, he said: “To treat her harshly is to act just like the world has. These lessons she has already learned. To receive her with love means to act differently and better. It is giving her what she needs.”

He finished the wine and excused himself. He wanted to go home and be with his daughter. He hugged me once again and left the restaurant. I could see him hopping with joy on his way home. I asked for chocolate pie for dessert and realized how that situation applied to my relationship with my mother. Even without talking about that with the shoemaker, he had given me all the answers I needed. We had been too strict with one another, my mother and I; many demands and expectations, no patience and little respect in accepting the differences and the limits of the other. It was time to change that game and to allow myself to act differently, so that I could find out the best of us both. I ran to the station and bought a ticket for the next train. I would have lunch with my mother on Sunday. In many ways, I was going back home.