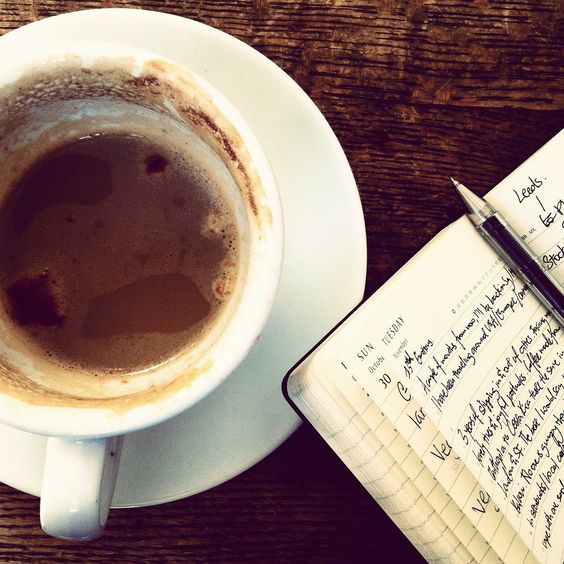 A lecture delivered by the Old Man, as we affectionately called the oldest monk of the monastery, to the other members of the Order had addressed love as a core element for all other virtues, and its enormous power of transformation. As usual, at the end of the lecture, discussion ensued. Frank took the floor. He was a young member of the Esoteric Order of the Monks of the Mountain – EOMM, son of one of its founders, already deceased. Despite his young age, he had barely turned thirty, he had a degree in journalism, a master’s and a doctoral degree in the area, and was articulate and cultured in his speech. Recently, due to the economic crisis the country he lived in faced, he was fired by a major newspaper he worked for, in charge of the entertainment and culture section. Frank argued that it could be harmful for a person to present an excess of virtues. He explained that we lived in an unfair world, inhabited by imperfect people, which created complicated, conflicting human relationships. He added that in order to survive in the jungle, as he referred to contemporary civilization, a good amount of evil was required.

There was much surprise, followed by loud hubbub. It seemed everyone wanted to speak at the same time. The Old Man asked for silence, to organize the manifestations. He assured them everyone would have the floor, one at a time. The first monk to speak up recalled that the virtues, such as compassion, mercy, kindness, humility, meekness, generosity and love, of course, when present in the social milieu, made that group more harmonious, peaceful and happy. Frank rebuked by saying that societies, in general, are run by insensitive people who take advantage of the generosity and good faith of others.

Another monk stated that justice is a virtue that balances kindness, a suitable tool to halt evil without abdicating its finest features. He said that more than punishing, the purpose of true justice is to educate. He added that when we fight the shadows with shadows, darkness looms. Love is required for light. The Old Man cracked an almost imperceptible smile.

Frank said that his colleague was naive, as what he suggested was like giving flowers to beasts, a useless attitude. The language of the response should be effective, for the other to understand. One of the monks retorted that a response, to be effective, does not necessarily have to use the same methods applied by the one who hampers good relationships. Firm attitudes to stop injustice cannot be a descending spiral of suffering and despondency. They must be effective in stopping the harmful process and, at the same time they must provide education that enables a change towards a healthy relationship, capable of leveraging evolution, individually or collectively. He also said that it is essential to give the other cheek; the cheek of the face of light, of the face of love that must flourish to life. This was the cornerstone difference of relationships, the edge between agony and joy.

The young member of the Order said he had devoted his entire life to personal improvement, in accordance with the education he had received, and that was made possible by his late father. He had attended the finest universities, had learned many languages, had been an intern in important newspapers and, with the economic crisis that emerged as consequence of a disastrous monetary policy put in place by incompetent politicians, he headed an extensive list of layoffs for the mere fact of having a huge salary, the materialization of his sophisticated education. He considered that other professionals, less capable than him, kept their jobs for having a lower pay due to their poorer academic education. Another monk asked the floor, to remind Frank of the different types of intelligence we have, cognitive, emotional and spiritual. He said that we should pay heed to the development of all of them. He said that the first type allowed new knowledge to be learned; the second, to deal, lovingly and wisely, with the frustrations, which are important levers to foster evolution; the third related to the power of choices as a tool for transformation. He suggested that the three were valuable and necessary, but he thought that the cognitive one influenced one’s happiness the least because it was the poorest in terms of virtues. He suggested the young man should study esotericism more, as an instrument to better face the hardships typical of life. Frank rebuffed by claiming he had already read all there was to read about the subject. He reminded everyone who his father was, the education he had, and that he had nothing else to learn about the matter.

Then I raised my hand. When the Old Man gave me the floor, I asked Frank what was his worst flaw or the greatest hardship he had to face. He replied, without thinking twice, that his biggest problem was that he was too good a person. That had made him a misfit for the world. I argued that whoever believes that their biggest flaw is, in fact, a strength, needs to know themselves better. While he did not know who he really was, he would be uncomfortable in life. I added that his misfortune was due not to virtues, but to personal shadows that deceived, making him believe he had qualities that, in fact, he lacked. I asked him if he realized how vain and arrogant he was; if he understood the mechanism by which he transferred to the world the responsibility for his own happiness; if he knew how poor in virtues he was, despite believing he had a wealth of them. I told him that he would only leave that stage when he could face a mirror and not find, on the other side, the character he had created for himself, but he himself, with all the wounds and truths he had to face, or else there would be no healing. Yes, I was deeply annoyed with his pride, and that made me use an aggressive tone of voice. Offended, Frank spoke back in the same tone, and confusion ensued. The discussion was immediately ended, so that people would calm down.

Alone, I went to the porch of the monastery and sat in an armchair. The sun was setting behind the mountains. I needed to cool down and think about all the events of that afternoon. I grabbed a notebook and a pencil to make some notes. Writing helps me understand life and find out who I am yet to be. After a while, the Old Man arrived with two cups of coffee. He handed me one and sat in the armchair next to mine. I needed to have my ego massaged and started to talk about what had happened. I told about Frank’s pride and, to underline my arguments, I repeated some of his most arrogant sentences. I added that he lacked humility, an essential virtue to cross the first gate of the Path. The monk remained silent for a few seconds, as if choosing the best words, sipped some coffee and said: “All that you said is perfectly all right, quite truthful.” I cracked a very discrete smile of satisfaction.

The Old Man continued his reasoning: “However, truth is like a hand. The hand that helps can also strike a punch.” He paused for an instant, while my illusion of victory dissolved in the air, and continued: “The issue is to know what is the feeling that moves you. This is what defines if truth is used to educate or to cause harm.”

I argued that sincerity is a valuable virtue, one we cannot relinquish. I added that truth has the power to heal. The Old Man nodded: “Yes, this is true. As long as it is accompanied by love, a virtue that should be part of all other virtues, which, by the way, was the subject of the lecture, today. Sincerity is a most important virtue, it is the wagon on which truth travels, completing a virtuous journey when used for healing. For any other intent devoid of love, it is like a locomotive with no operator, it derails the train of truth bound to light.”

I rebuked by saying that I had had the best intentions. The Old Man sweetly looked at me and said: “Frank’s stand annoyed you. Without dismissing the perfect assessment you made of the shadows that delude our brother, once you allowed anger to emerge, you have wasted the chance of having compassion and mercy flourish, the primary virtues of those who understand the suffering of others and use their heart as an antidote to arrogance. This is the portal of patience and respect for oneself, for life and for the world. Humility and simplicity are remedies to cauterize vanity and pride in oneself; compassion and mercy play the same role in our hearts regarding the shadows of others. Yes, in all situations one must be sincere and honest, and have love overflowing.” He looked at me in the eyes and added: “These are the subtleties of truth.”

“When you became annoyed, you no longer wanted to help him build new ideas but rather overpower the arguments he supported. Can you realize that Frank’s pride and vanity that bothered you so much were also present in yourself, given the rude way you wanted to impose your truth on him.”

We remained some time I cannot measure without saying a word. I broke the silence to say that I regretted having wasted the opportunity. The Old Man looked at me with sweet eyes and said: “Don’t blame yourself for what had happened, it is part of the learning process of all those involved, each one in their own way. Just take the responsibility of doing differently and better from now on, because life is relentless in its offerings when we are willing to improve ourselves. Also, you shouldn’t let the events of this afternoon affect your friendship and good relationship with Frank. Quite the opposite, your bond should be even stronger, because you could share the same lesson.”

The Old Man pointed with his chin to a notebook on a small table and asked if I would like to write an excerpt of a letter that teaches a lot about wisdom and love. I said yes. The Old Man closed his eyes and recited from memory:

“If I speak in the tonguesof men or of angels, but do not have love, I am only a resounding gong or a clanging cymbal”.

“If I have the gift of prophecy and can fathom all mysteries and all knowledge, and if I have a faith that can move mountains, but do not have love, I am nothing”.

“If I give all I possess to the poor and give over my body to hardship that I may boast, but do not have love, I gain nothing.”

“Love is patient, love is kind. It does not envy, it does not boast, it is not proud. It does not dishonor others, it is not self-seeking, it is not easily angered, it keeps no record of wrongs. Love does not delight in evil but rejoices with the truth. It always protects, always trusts, always hopes, always perseveres. Love never fails; it is the spark of transformation capable of making perfect what has somehow remained imperfect”.

With teary eyes, I said that the poem had moved me. I asked who the author was, because I would like to read more of his work. The Old Man arched his lips in a discrete smile and added: “This is from the Letter of Paul, the apostle to the gentiles, to the Corinthians. From ancient times, wisdom teaches that love builds the pillars of truth and leads to the heights of light.”