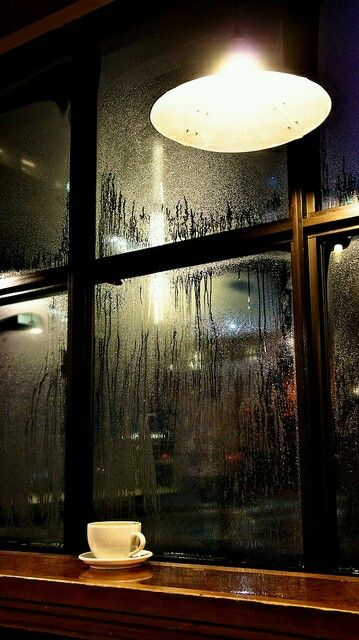 That year, when I arrived at the monastery for another period of studies, I was disillusioned with humankind. As soon as I met the Old Man, as we affectionately called the oldest monk of the Order, he asked me why I was so downcast, with my shoulders slumped. “It seems you are carrying the weight of the world on your back”, he said. I told him I had been disheartened by so much selfishness and aggressivity. I said I had been contemplating the possibility of moving to a different city, because the city I lived in was becoming uninhabitable. I explained that it was poorly administered, and people only thought about themselves and would do anything to achieve their goals. The good monk said: “Violence, whatever it may be, is very bad. On the other hand, to think of oneself is very good, as long as one is attentive to share the best that they find. Each person should be managed like a city. Feelings are like a city’s inhabitants, they should circulate freely. Because not always they are well-guided nor have a secure dwelling, we should look after them so that they find their due place and the tranquility they deserve. Structural renovation requires constant attention in order not to hinder progress. The dark alleys should be illuminated, so that no unpleasant surprises emerge. Ideas, like free citizens, at times may be conflicting, and should be encouraged to dialogue until they find the perfect communion. Last, but not least, the city gates should always be open for those who want or need to go in, even though, at first, there might be some discomfort. We must bear in mind that hardships, when handled with love and wisdom, end up promoting the necessary improvements.” He made a brief pause before continuing: “A city that is abandoned becomes worthless.” He looked me in the eyes and added: “The same happens with us when we value more what is outside ourselves than within. Each one lives in the city they build within themselves.”

I interrupted him to say that this was a confusing idea. He entwined his arm into mine and led us to the mess hall, on the allegation that for that conversation, coffee and a piece of oat cake were required. After we made ourselves comfortable, and had a steaming cup before us, he continued with his reasoning: “When a place bothers us, we have the right to look for another one, that better suits the lifestyle we prefer. Big cities or small bucolic villages? All places are perfect learning centers and have their functions and importance. However, you will not be happy anywhere if the city you have built within is disorganized and does not operate properly.”

I said I was beginning to understand and asked him to go further in his explanation. The monk obliged: “It makes no difference if you are on Fifth Avenue in New York or in a monastery in Katmandu. When you are a mess within, you will not find the peace, happiness, love, freedom or dignity you look for. The best place, wherever it is, will only be pleasant if the city we have built within is agreeable.”

I said things were not like that, because the planet was filled with miserable places, whether due to wars or sub-human conditions imposed by reckless government officials. I stated it was impossible to be happy living in such places. The Old Man shrugged his shoulders and said: “Each spirit has their own need for learning and evolution. Imperfection, despite not being desirable is important to make us understand and construct perfection, always in accordance with our capabilities and the tools we already possess. Each imperfection is a teacher in hiding to help find the perfect.”

He sipped some coffee and continued: “Some need to depart from a given place because it is out of synch with their evolutionary moment; others run away from the place out of cowardice. There are, however, those who look for these miserable cities because they understand the wonderful opportunity of taking light to where shadows reign. These people make a huge difference in the world. Have no doubt that, despite living in a city of overwhelming moral or material poverty, or both, they are filled with happiness, peace, freedom, love and dignity, as they are able to better use the attributes they have. Even though there might be some turbulence and confusion around their bodies, their souls dwell in quiet, amicable cities.” He nibbled on a piece of cake and reasoned: “Bear in mind that the other way around also applies. It is of no use for the body to live progressive towns if the spirit dwells in a region where outdated ideas are still ingrained. The physical freedom of moving back and forth is useless in the face of existential prisons.”

I interrupted him once again to say that his reasoning was mistaken, because even though the city I lived in was horrible, within me there was a wonderful, spiritualized city. The Old Man looked at me with kindness and asked: “Is there?”

I said I had no doubt. The good monk went further in his reasoning: “To understand and tidy your inner city up allows you to be in peace with the city you live in, regardless of what it is. While we do not find out who we are, no city will seem friendly to us. We will be citizens of nowhere. Agony and despair will always be present.”

“We tend to complain about violence in the city, but we forget how aggressively we move around, daily. Before being regretful, we have to ask how much of urban harshness comes from repeated actions and words we do or say every day, trying to hide emotions elicited by frustrations we have not been able to balance or understand and desperately try to pass them along to the world. When, for instance, we boast about the behavioral problems of others in a conversation or through the powerful social networks, deep down we take advantage of an old trick of the shadows, which is diverting attention from our own hardships to avoid the effort of personal improvement. Watching others, we forget to watch ourselves. In the search for happiness, we wish others would adjust to our interests, in a futile attempt to escape from the inner shaping of the self, without realizing how much it fuels conflicts and disorder. Hence, we postpone the necessary transformations, in full contradiction to the process of evolution. We complain of the darkness, waiting for the light it is up to us to fetch.”.

“We regret the narrow streets and bumpy sidewalks that do not allow for a better circulation of cars and people. However, we forget to pave, enlarge and clean the roads through which our ideas move, surrounded by prejudices and social-cultural conditionings, hampering the progression of good purposes. We do not realize the tremendous amount of mental and emotional garbage that we produce every day. We must make the immaterial city we dwell in more pleasant.”

“We abhor governmental corruption, but we ignore how self-centered we are with the petty choices we make daily, more out of habit and convenience than sensibility. Corruption is but the long hand of selfishness that joins other forces, gains power and spreads itself out into heavy collective clouds. This is how we nourish the moral disintegration of Society which, ironically and tragically, bothers us so much.”

“We complain of injustices on many social levels; however, we grab a privilege when we have the opportunity, even if it is due to some outdated, unfair legislation. By the way, we tend to use the laws of the world to secure personal interests to the detriment of a moral code written with the ink of immortal virtues.”

“We curse the arrogance of the powerful; we make fun of the vanity of one’s own looks; we ridicule the glossy pride of those who believe themselves strong. However, we do not always remember to shape the primary virtues of humility and compassion that truly give the power that liberates rather than dominates; educates without offending; strengthens without crushing; illuminates the core, temple of all beauty.”

“We complain that cities are poorly administered without realizing how sloppy we are with our choices, vital instruments of transformation. It is not difficult for us to point out a number of cases of contempt and neglect about different aspects of civilization. However, we are unable to realize how indulgent we are about our own existence, and how we relegate ourselves to making decisions about our lives automatically.”

“In short, no city on the planet will suit the individual while they do not organize and pacify the inner city that burns in conflicts.” He paused briefly and completed: “Even though filled with imperfections, the discomfort that the world causes you reflects your pains and misunderstandings, which, by being projected in a scattered way, cannot be diagnosed or healed. The healing of the self is perfectly engineered for reconstructing the world. All the rest is just trivial work.”

“Be the city you wish you have.”

I lowered my eyes. Not acknowledging the significance of the words of the monk meant postponing the unavoidable renovation of the city I had within me. With teary eyes, I confessed it was in shambles, like a house being demolished. The Old Man touched my chin for me to raise my head and said, sweetly: “Do not regret chaos, it is an indispensable tool for renovation. As a Persian alchemist once taught, light passes through the crevices of rubble, settles in and frees the self.’”

I cracked a sincere smile to thank him. Only then did I realize that was the first time I had smiled since I arrived at the monastery.